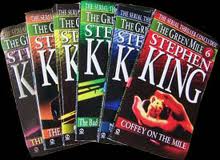 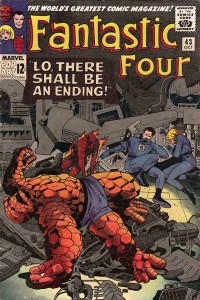 So that’s what SERIALS is all about.  I’ll be writing, and posting, probably every three weeks or so, a new “episode” of a story written to be read in installments. I have a notebook with half a dozen story ideas jotted down. The first serial, called ”King Touey” is set in Bayonne, New Jersey (my hometown) in 1915 during the famous Standard Oil Strike. King Touey is a character in a long novel I’ve been writing for a couple of years now called ”Patsy Touey” (King is Patsy’s younger brother), but this is completely new work, a separate story, and is not part of that novel.  (If you subscribe to the blog, you’ll be notified by email whenever a new episode is posted.)

* He’s also a very nice guy.  When I answered his letter and told him how many “dad points” I’d earned with my two teenaged daughters for having received a handwritten letter from Stephen King, he responded by sending a padded mailer stuffed full of his novels, all inscribed to them.  And in case you’re wondering, after we made contact, I stopped reviewing further installments of The Green Mile. Which I still think is one of his masterpieces.

When foreign-born refinery workers at the sprawling Standard Oil plant in Bayonne, New Jersey walk off their jobs during the hot summer of 1915, career criminal King Touey is among the small army of strikebreakers that invades the city. But Bayonne is King Touey’s hometown, and as the strike escalates, he is forced to confront the ramifications of his violent nature, playing a treacherous endgame that shatters the lives of his sister and brother and culminates in a deadly showdown with the once-adoring neighborhood kid who has become King’s sworn nemesis.

During the early winter of 1908, eight American artists—Robert Henri, William Glackens, George Luks, Everett Shinn, John Sloan, Arthur B. Davies, Ernest Lawson, and Maurice Prendergast—are preparing to mount a two-week exhibition at the Macbeth Galleries in New York City. With their subversive, bravura paintings of urban subject matter—saloons, tenements, music halls, pool rooms, playgrounds, Chinese restaurants—“The Eight” mean to challenge suffocating academic art and be recognized as the first flowering of American modernism. But what with crumbling marriages, alcoholism, poverty, vanity, festering grudges, and the rigors of bigamy, hanging pictures is the least of their hurdles. A never-before-published nonfiction novel.