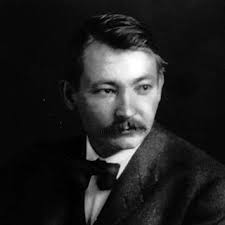 At Mrs. Cornelius Vanderbilt’s Fifth Avenue town house, there is a dinner dance this evening, primarily for debutantes. The guests begin to arrive just after seven, doffing their wraps in the dressing room, then ascending the winding marble staircase. Mrs. Vanderbilt receives in the French drawing room. My dear. My dear… Forsythias, pink roses, white orchids, and ferns.

Over dinner, the main topic of conversation, naturally, is the imminent marriage of Miss Gladys Vanderbilt to Count Lassio Szechenyi–no bigger event this winter! Such a handsome couple! And did you hear what happened today at the Plaza, during tea hour? Pandemonium! When not only Gladys and the count, but also Theodora Shonts and her titled fiancé–the Duc de Chaulnes–appeared almost simultaneously. Well! The corridors became thronged, everyone craning for a glimpse; people, don’t you know, were standing on chairs, on benches! It was–

Anna Gould is coming back from Paris.

She says she wants to devote her life to the education of her children.

Well, what do you expect her to say? Poor dear. That she wishes to put an ocean between herself and that hideous Count Boni de Castellane?

Why did she ever marry such a man?

They say–they say that he squandered three million building that ridiculous house on the Avenue Malakoff. And it’s still not finished.

Never will be now. Anna’s filed, you know. She’s divorcing him.

But do you know the latest? He was in court last week, the vulgar thing, for spitting in his cousin’s face.

Yes! For spitting in the face of his cousin, Prince Helie de Sagan.

After dinner, there’s dancing in the Louis XVI ballroom. Vases of American Beauty roses. The walls pale gray and gold. The Italian room, just off the ballroom, is used as a lounge. Walls pale green and gold. Around ten, a good-looking footman, about 35, with straight black hair enters the lounge carrying a silver tray of chocolate-covered strawberries. He notices a young debutante seated alone on a sofa, a forefinger delicately tapping her lips. When she raises her eyes and sees him, he smiles interrogatively, then gracefully crosses the room.

With a little bow, he offers her a sweet, then says, in thickly accented English, You are charming, I am not who you think. You think I am this, I am not. My family is one of the oldest in Hungary, this is true. I had a serious quarrel with my father and am come to America to work out my destiny as Franz. But Franz is not my name. I live in a room on Forty-fourth Street. If you came there, I could show you my baptismal cup. It is engraved with the Trauttmansdorff family crest. I am speaking the truth. I could show you my seal ring.

The debutante smiles. I don’t believe I will have a chocolate, after all, she says. But thank you.

The cotillion commences at about eleven, and is led by Mr. Craig Wadsworth dancing with Mrs. Vanderbilt.

It’s fourteen degrees. Trudging east on Twenty-third Street, Robert Henri keeps switching his valise from one gloved hand to the other. At the corner of Ninth Avenue, he’s propositioned half-heartedly by a streetwalker, her come-on more poignant than lewd on account of her chattering teeth. A moment later, he’s nearly run down by a motor car. What a day! There’s ice in his mustache, his feet are numb; his forehead is so cold he’s got a headache. What a miserable day! It was late afternoon when he left Wilkes-Barre, and he’s been traveling ever since. Three times the train had to sit while the tracks ahead were cleared of snow, and he spent well over an hour at the terminus in Jersey City, waiting for a ferry. What a miserable, aggravating, wasted day! He went to Pennsylvania to begin work on a commissioned portrait, only to discover when he showed up that the rich old codger was bedridden with pleurisy! Feh! Someone could have sent Henri a telegram! Damned inconsiderate.

At five minutes of eleven, he knocks at John Sloan’s door. Calling, It’s Henri! Back from wildest Pennsylvania!

While Sloan is putting on water to boil and Henri is recounting his tedious odyssey, Dolly appears. Not at all surprised to find his nibs moaning and groaning at the kitchen table. Who else would just show up in the middle of the night? She gives him only the slightest nod of welcome, then glances at Sloan. (They communicate: I’m annoyed/Don’t be; Give him a blanket and come back to bed/I will–soon.)

She wrinkles her nose, then turns and goes straight back to bed; throttles her pillow, plumping it. Soon? Sloan won’t be back in bed for a couple of hours–she only hopes he doesn’t sit up the rest of the night with that big blowhard. Henri. Is all right, she supposes. Can certainly be kind–certainly he’s been good to Sloan, been a good and supportive friend. Yet. She wishes Sloan didn’t treat him with such deference, such worship–like the grand sachem! It’s not seemly. Sloan is the better painter: Dolly can see that, even if nobody else can.

Sometimes, when her spirits are low and self-critical, she worries that her antagonism toward Robert Henri is actually a kind of petty jealousy. Is it? She can tell Sloan that a new picture is wonderful, his best ever, and he’ll smile. But if Henri says it–why, he’ll practically glow. And if Henri recommends a book, Sloan will read it immediately; a show, he’ll run directly uptown and get tickets.

She picks up her head now and listens. Hears Sloan talking, about going this afternoon to George Luks’ flat and finding him with yet another black eye, another stunning hangover; about Luks stumbling around the studio and finally knocking over Sloan’s camera, smashing a plate.

Dolly wonders what sorts of things he says about her, behind her back. She can imagine. Oh, she can just imagine. Sloan’s Burden. Well, often she feels as if Henri is hers! How many meals–breakfasts, lunches, and dinners–has she made for that man? She doesn’t mind, honestly she doesn’t; it’s just that he takes them for granted. Takes her for granted. Why? Because she can’t paint a silly picture? There’s more to life than painting pictures, Mr. Henri. As crazy as that might seem.

He’s still talking out there, still talking away, and Dolly makes a deliberate effort now to block out his sense; it’s just a mellifluous hum. A drone.

She sits up in bed. Jack! she calls. Jack? Please don’t stay up all night!

Then flops back down again.

She’s still furious at him for dumping his widowed stepmother into her lap last month. Imagine! Crotchety Mrs. Lee comes in from Atlantic City to visit her son, then ends up living with the Sloans for three weeks. Because Henri’s place was just…too small. Oh, the Sloans live in a mansion, do they? Dolly kept her mouth shut, though. Swallowed her sarcasm. For Jack’s sake. But who had to feed the old lady, entertain her, listen day after day to her whiny complaints about rheumatism, chiseling lawyers, debts, unappreciative children? Dolly. Dolly had to. Jesus, Mary and St. Joseph–no wonder her nerves were frayed at the edges by Christmas.

Can just go to blazes!

If he ever gets up and goes….

Well, if Sloan is quite sure that it’s no imposition, Henri will stay. He certainly doesn’t relish the idea of going back out into the cold. A cab? At this hour? Not very likely. So yes! He’ll just curl up right here on the sofa. Pillow? Don’t be silly. Sloan needn’t  trouble himself. Don’t trouble yourself! Just sit. And we’ll have a last smoke before we turn in.

Henri stretched out on the sofa, ankles crossed, head tipped back, lips gathered in a pucker: he’s clicking smoke rings at the ceiling.

Sloan in the arm chair by the window, yawning.

From down in the street, the sound of breaking glass, and a shout. More glass breaking. Now laughter. Frowning, Sloan pushes himself from the chair, then lifts the shade by a corner and peers out. Just a couple of drunks, one in a derby, the other wearing a railroad man’s cap. Before sitting again, he glances across the street. And sees a light burning in Myers’s flat.

Jerome’s still awake, he says. Probably banging a frame together. He was over here tonight. Borrowed my saw.

Henri grunts. His eyes are closed.

His show’s got him on the anxious seat.

Sloan gives a half-shrug. I think his feelings are still hurt.

And suddenly Sloan is irked. Henri can be so…so goddamned cold and supercilious, at times. He loves the man, but he’s not blind to his faults, no matter what Dolly may believe. Of course Myers is hurt, and Henri well knows it, and knows why, too.

It was Henri, and Henri alone, who made certain that Myers wasn’t invited into the group. Sloan was all for it, and the others would’ve agreed. But Henri was adamant. No. No Myers. Absolutely not.

His work is too sentimental for my taste.

Henri said last April, and says again now, levering himself up on an elbow and looking at Sloan.

It can be sentimental, says Sloan. I’ll grant you that. But his work is–

Forgive me, says Henri. But I think that possibly–just possibly–your friendship has clouded your aesthetics. I’m sorry, John.

He lowers himself again and puffs ruminatingly on his cigar. Then, plucking it from his mouth, says, Bellows, though. I’d’ve had no problem inviting George Bellows into the group.

Certainly not, thinks Sloan, stubbing out his cigarette and getting to his feet. Bellows is your friend. Myers is mine.

As Sloan is heading toward the bedroom, Henri says, I could use a pillow, on second thought. If it’s not too much trouble.

At five in the morning, he gets back to his furnished room, undresses quickly, and falls into bed; because he owns no alarm clock, he murmurs a brief prayer to the Virgin. Please wake me at six. Giving a sigh, he folds his hands on top of his blanket. Amen.

He wakes with a start at five before six.

Taking a hand mirror, a towel, his razor and shaving mug, he pads down the hall to the toilet. Returns a few minutes later. Pours a capful of schnapps into a small tarnished silver cup and drinks it, then eats a couple of salted crackers. Thus fortified, he begins to dress, putting on his heavy gray uniform. By twenty past the hour, he’s on the street and walking west. By half-past, he’s on duty. Outside Man at the Hotel Astor, sweeping the pavement, cleaning the perforated rubber mats which lie on the threshold, polishing all of the brass work. Twelve hours a day, $50 a month. Working out his destiny as Franz, in America.