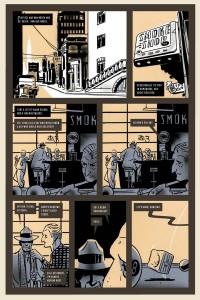 All day every day straight through till I fade down and fall asleep I think in words. Except when I write fiction. Then I think in pictures that turn, eventually, into words. But how I remember, especially things from the deep past, is almost entirely in pictures—beginning with a touchstone, or inciting picture that triggers, if I’m lucky, others that sharpen the memory, making it into a scene if not a story.

Words fail me when I remember, which is probably one of the reasons I have such a hard time recalling when things happened, or what else was going on in my life or the world at the same time. Unless I do some checking—dig out old desk calendars, letters, emails, clippings, indicia, contracts, photographs, or ask people who might’ve been there or just know what I’m talking about—I have only the very roughest idea of when something short of momentous specifically occurred, and sometimes not even then.

For example, I was in a Lowes not long ago and suddenly remembered my first “real” job, in a little hardware store. A picture had instantly fixed itself in my mind, a picture of me, or rather of my hands, fitting a key blank into a bulky gray-metal key-making machine, which led to a second picture, sharper, of an angry Polish man in a dripping yellow slicker and rain hat planted in front of the cash-register counter and returning a sack full of vinyl window shades that I’d disastrously cut, which led to a final picture, the sharpest, of chunky Mr. Chodash, who owned the store, mercifully firing me with a kind pat on the shoulder—and then, and only then, did I remember a few random non-pictorial “facts”: Mrs. Chodash’s name was Blanche, and I made 85 cents an hour. But I couldn’t (still can’t) remember if I was in the eighth grade or a freshman in high school, or even a sophomore, when I worked in that hellish place. Or how long I lasted there. A week? A month? A year? Christ, I hope not, but I couldn’t say.

Same thing will happen whenever I remember writing and publishing a particular book. If, say, I “think” about Sunburn Lake, first thing that comes to mind is the Atari computer I wrote it on, and where it sat on my butcher-block table, and the blue-and-white box of “floppy disks” behind the gooseneck lamp. Office walls painted sunny yellow.

And if I “think” about It’s Superman! I see the small cabin in Maine where I wrote much of it, and my bed scattered with Life magazines from 1936, ’37, ’38, and the faded red curtains on three windows, and the plywood table covered with a striped beach towel, my laptop, a skinny bullet-shaped thermos, a glass ashtray stenciled with the logo of the Lackawanna Railroad, and a red-white-and-blue pack of Vantage cigarettes

A picture, it’s always a mind-picture first, when I remember.

And since beginning this series of brief essays about my published work—three years ago now, I’m pretty sure, but I’ll have to check—I’ve absolutely depended on those mind-pictures. For each essay I’ve done the same thing: sat down with a notebook open to a blank page, jotted the title of the book, and then waited as a picture flickered and formed; after that, other ones cascaded, and off I went, looking up/firming up names, dates and concurrences once I’d finished a draft.

Till I tried writing about “Goldfish,” the novella-length comic book I scripted based on the detective story by Raymond Chandler. Not one picture comes to mind when I think about it. I do “know” it was another Byron Preiss-generated project, originally meant to be published by Marvel Comics for one of its prestige perfect-bound “graphic novels,” and that Marvel cancelled the contract after the script had been drawn and colored by Rian Hughes, but that’s all I know, or can remember. A couple of facts.

Nor do I have any recollection of when I adapted Chandler’s story. The mid-80s? The late 80s? The early 90s? Was I 35? 40? Living in Jersey? Or Virginia? Can’t remember. It’s all a blank. And very strange. Especially since, in my opinion, “Goldfish” is the best—by far the tightest—comics script I’ve written, and thanks to Rian Hughes, an extraordinary British illustrator, graphic designer and font designer, it’s the most beautiful comic I’ve ever been connected with.* 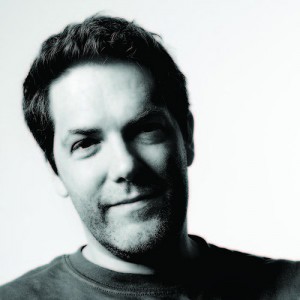 In 2003 (I checked the copyright), Byron eventually published the novella, along with two other comics adaptations of Chandler stories**, as a trade paperback—Raymond Chandler’s Marlowe: A Trilogy of Crime—under his own imprint, ibooks, distributed by Simon and Schuster. By then, my script and Hughes’ art were at least ten years old, maybe considerably older. (Or maybe not. I just don’t know!)

More recently, the story was reprinted in Yesterday’s Tomorrows, a retrospective collection of Hughes’ comics work (other scripts by John Freeman, Chris Reynolds, and Grant Morrison), published in 2007 by Knockabout Gosh in England, and in 2010 by Image Comics in the U.S.

“Goldfish” is very early, very clever, very brutal Chandler, and first appeared in the June 1936 issue of Black Mask magazine. In the original story (about a search for stolen pearls that have been missing 19 years) the private eye was named Ted Carmady, but it was changed to Philip Marlowe when “Goldfish” was reprinted in 1950 as part of the hardcover collection The Simple Art of Murder.

Rereading last week both the prose story and my adaptation (as a comics writer, I “specialized” in adaptations—Neuromancer, Nightmare Alley, and “Goldfish”—without consciously meaning to; those were just the opportunities I had), I’m struck by how close to Chandler’s original I stayed while indulging in a few playful riffs of my own (a figure in the background/foreground trying to light a cigar across several panels while the story goes on around him) and, presumably for dramatic/visual impact, rearranging some of the scenes, the most obvious being the torture scene that opens my version of the story but is only alluded to in Chandler’s.

It seems like I must’ve enjoyed writing that script, that I must’ve had a good and satisfying time, but—and it’s a little unnerving, I’ll admit—I’ll never know.

But the story’s got my name on it, so I guess I wrote it.

*In an interview, Rian Hughes once discussed his technique creating “Goldfish” in the “pre-Photoshop era,” which leads me to believe our work more likely was done in the 1980s rather than the 90s: “I copied the line work onto several differed coloured sheets of paper, then cut these up into bold shapes and overlaid them to give the suggestions of shadows and light.”