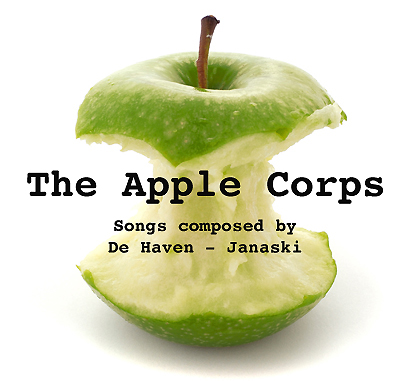 By the time I’d finished high school, newspaper comic strips—or at least the story strips that I favored—were in steep, irreversible decline, and superhero comic books had lost their appeal. There were underground comix, of course, but except for Crumb’s stuff, I wasn’t particularly keen on the art of the undergrounds, or their subject matter, either. Before I was 19, I’d lost a lot of my love for the comics medium (it would return, but not till the mid-to-late 70s); that’s the first thing that made my abandonment of amateur cartooning bearable. The second thing was, I got interested in songwriting.

Songwriting was a big deal in the late 1960s, and rock and pop songwriters had snagged a lot of the cachet and attention previously reserved for bestselling writers. Songwriting suddenly seemed cooler than cartooning. But just as I had no spatial sense, I had no musical talent, either; I couldn’t even distinguish between different notes on a piano whenever anybody tried to demonstrate a few for me—probably it came from the same lack that made me (and still makes me) mathematically challenged. Challenged! Christ, I couldn’t, and still can’t, do even simple arithmetic. So without any musical instincts or training, how could I be a songwriter?  I could be a lyricist, that’s how, and somebody else could write the music.

So it was fortunate that, during my freshman year at Marist High School in Bayonne, New Jersey, I met and became close friends with a guy named Ed Janaski. Marist was a Catholic all-boys school that’s still around today, but now it’s co-ed. (My first-ever teaching job was at Marist High School; I started in late-November 1980 and taught junior and senior English there through June 1981; a nightmare! And totally my fault. I was terrible.) I met EJ (pronounced either E. J. or EEEJ) in the fall of 1963, and about a year or so later we started writing songs together—in my bedroom or his living room—for a band he was in (rhythm guitar). The band, which had more names than an international terrorist, played around Bayonne and Jersey City, mostly at high school Friday night dances. I used to go to rehearsal (most of the guys went to school with EJ and me, but not everybody, and the line-up changed a lot) and I tagged along with them whenever they played a dance. From time to time I’d even “perform” with them—I put perform in quotes back there because all I did was blow a kazoo or bounce a tambourine against my wrist, that was the extent of it.

Eventually the band started to play a few of our songs, one or two thrown in with the usual mix of radio hits—“Send It On Home to Me,” “Devil in a Blue Dress,” “Don’t Let Me Be Misunderstood,” and so on. Sometime in 1968, after most of us had started college, the band’s drummer and manager, a guy named George Parenni, met the Brill Building songwriter Gerry Goffin; I don’t know why I have it in my head that he met Goffin at Seton Hall or Fairleigh-Dickinson, one or the other of those Jersey colleges, the one where George was enrolled. But I could be wrong. The important thing is, George somehow convinced Gerry Goffin—who’d written a lot of hit songs including “Will You Love Me Tomorrow,” “Take Good Care of My Baby” and “The Loco-Motion” with his then-wife Carole King—to listen to a few of our songs (four of us tramped up to his hotel room with one guitar among us, and auditioned), and then, incredibly, he offered to pay for three demos.

One weekday evening several weeks later the full band, and me, piled into a car owned by an older, married guy named Greg, and we rode into Manhattan, and the three songs posted below were recorded in about an hour, an hour and a half, in the Dick James demo studio just above Times Square. (Neil Diamond recorded “Cherry Cherry” in the same room—how about that!) I remember there was a topless bar on the ground level of the building. I remember that well. I also remember that Sam the Sham and the Pharaohs, a novelty band with a few top-ten hits that included “Wooly Bully” and “Li’l Red Riding Hood,” were briefly interested in recording “When I Take Over The World,” but that never happened. Eventually “my” band broke up (the organist became a Jesus Freak and renounced rock and roll: that pretty much ended things), and my Grammy Dreams evaporated.

As almost always happens, I lost touch with, and track of, the members of the band as time went by, but then, about five, six years ago when my mother’s health was failing and I drove up to Bayonne from Virginia about once a month, I got back in touch with EJ, who was still living in the same house he lived in during high school and college. He’s legally blind now, but still has the quickest wit of anyone I’ve ever met. He brought me up to speed on what happened to all the band guys, except for one, the lead singer, Vincent T. Kelly. EJ didn’t know anything about him; he’d had some pretty hard times back in the 1970s and eventually disappeared. Nobody knew where he’d gone, or even if he was still alive.

And then, by an amazing coincidence, I ran into Vincent Kelly, in May of 2012, in the tiny river town of White River Junction, Vermont, where I’d gone to deliver the commencement address to the graduating class at the Center for Cartoon Studies. After my talk, when people were milling around in the theater where the graduation had taken place, this guy walked straight up to me with a big lopsided grin, and as soon as I saw his eyes—wham! I knew exactly who it was, and I hadn’t seen Kelly (we’d only ever called him Kelly, though in Vermont everybody knows him as Vince. Vince?) for at least 40 years. He’d been living, he said, in White River Junction for decades, working in a local food co-op. When we stood outside talking a little bit later, he pointed down the street to an old hotel on the corner: that’s where he lived, surrounded by his collection of guitars. And yeah, he still performed sometimes.

When I got back home, I started searching for the tape and the vinyl recording I knew that I still had; I wanted to hear those songs again. I never found the disk, but eventually I located the tape and had it converted to a CD so I could listen. Recently I thought I’d put up the music here on my blog—what the hell, it’s work that I did (or at least contributed to), and despite it being very early work, the songs aren’t bad, they’re kind of fun—little three-minute time capsules. And Kelly sounds great. (The kazoo and the tambourine? Yes. Well. I tried.)