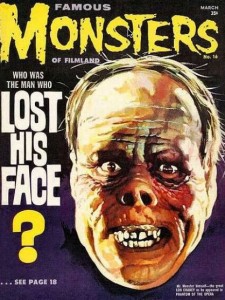 From: “Suspect Questioned and Released”

Like I cared. No, seriously–it just, it would’ve been, like, gratifying, doing some paid work for a change, even if it was only a crappy little rewrite, even if what’s his name, Woody Harrelson, was attached so you knew the picture had to suck. Not Woody Harrelson, that other guy. You know what, though? Screw it. No big deal. But I’d thought I had that sucker, really did, so did Ricky. Ricky’s my agent. Richard Blaine? Says they’re going with you, Sandy, just sit tight. Next day it’s all I don’t know what happened, Sand, but they’re going with some kid I’m not even sure what he’s done, maybe YouTube. He’s like thirteen-and-a-half years old. Ricky sounded pretty upset, like he’d let me down. I told him–I told Ricky, I said no, man, wait–it’s all right, it’s okay, I’m fine. Which I was. In the big scheme of things. Did I have Chlamydia? No! Was I schizophrenic? No! But what sucked? This was a cop picture and I’m perceived as strictly a horror guy, as the Gut Wrench guy, and once you’re famous for something–well, not famous, once you’re known for something, they like freeze you there. For good. Only I didn’t have to write that kind of shit, I could do other stuff, I had the chops. No matter what, I always turned in a professional job. I didn’t just knock it out. Never! I did my homework, I did research. When I was hired on to polish The Bends? For Ronny Gang–that insane Korean with the funny teeth, the overbite? Writing The Bends I went down twice in a miniature fucking submarine. (I do not recommend it.) And when I did Stomach Turner for that Mexican director with the bad skin (I’m spacing on his name, not Guillermo del Toro), I spent a weekend at a medical convention in Dearborn, Michigan interviewing a bunch of doctors–oncologists–to create Mr. Sarcoma, who is a much better monster, in my opinion, than that picture ever deserved. And even way back, back at the beginning, when I was like 23 years old and struggling to write Gut Wrench? I hung out in the goddamn sewers of Hoboken for a month, Hoboken-New-Jersey, with some pretty scary guys from the public works department. Fans naturally assumed I’d made up that colossal stilton pipe wrench Toby the Plumber uses to bash in everybody’s brains, but no, the Big Red Monkey with the 12-inch jaw capacity actually exists. They make them. Not cheap, but you can buy one at practically any True-Value Hardware store.

This is all to say, I was a professional, I saw myself that way, I took pride, I could write anything. But anything different, no matter what, it was always this: Yeah, nice–but Sandy, hey, you got any ideas for another horror series? Anything in torture porn, some new wrinkle? That could get to a person. And it got to me. I guess it finally did. I hadn’t finished, much less revised, an original script in almost five years. And I’d thought, I could’ve sworn, I was busy! But you know what I’d been doing? “Research.” How long does it take to smother a healthy woman with a Swedish pillow, what happens when a body goes into shock after a guy’s arm is ripped off at the shoulder, when he’s drawn and quartered, or torn apart by a team or horses. “Research.” Famous serial killers from India, Vietnam, different historical epochs. In Napoleonic France, and so on. Ancient Rome. I was kidding myself–that was another way of putting it. I was just reading books. “Research.” I wasn’t working. Last original thing of mine that sold? Two-thousand-seven, the bible and pilot for a teen alien series, to the SyFy network. Never produced. Last thing actually produced? Impaled, 1998. Never even came out on DVD. That bad.

After hearing the bad news from Ricky Blaine, after we’d hung up and I felt all dizzy at being passed over for that lousy cop picture, passed over again for some good-paying work, right then, right there, right there on the spot, bam, I decided: fade it out, boys, roll the credits. Done. Done deal. I’m done, thank you all for your very kind attention. But I was hanging up my rock and roll shoes. And why not? Unless the entire economy tanked, I had no financial worries. Though I’d been screwed royally by a bunch of different producers on the Toby pictures, I still owned, unassailably still owned, a lucrative piece of the franchise. And since I’d always been a chickenshit investor, I hadn’t lost too much in 2008 and 9. I was set for life. Say goodbye to Hollywood, I don’t need your stinking money, I already got plenty of my own. But money wasn’t everything. Time was also a consideration, no? And how you could fill it.

So what did I do? Well, first I got around to figuring out the stupid Boflex I’d bought that was squatted in a corner of the bedroom like a Mars rover, started lifting weights, doing stomach crunches. Check these calf muscles! And I subscribed to Netflix and caught up on the first five seasons of Dexter. Scheduled and kept doctor and dentist appointments. I even saw a foot guy and had my little toe fixed. And I purchased a new stove. A stainless steel gas kitchen range, double oven, self-cleaning, very handsome. I’ve always cooked–I’m not imaginative or anything, I’m not inventive, I simply follow the recipe, but I can put together a decent meal every night of the week. And usually do. When it was Bet and me? When Bet Skelton and I were together? She never cooked. It was always me. And no complaints. Zero complaints. So. Yeah. I got that Jenn-Air, and I–I enjoyed it, and then I had painters come in, they painted the whole place. I watched them work, moving from room to room–so fucking efficient! I read a biography of Frank Sinatra almost a thousand pages long. Then I bought like three dozen Sinatra CDs, boxed sets, imports, you name it, I got everything he ever sang, almost–but those first Capitol sides, the concept albums? That stuff that he did with Nelson Riddle? Incomparable. So then of course I had to go read up on Riddle, see about him and all. Track his career. Its highs, its lows. Setbacks, triumphs. I’m like that, I guess. I like knowing things. Riddle’s last arranging gig? Was for Linda Ronstadt when she recorded two albums of American standards. I had not known that. Now I did. I filed it away, in case I could use it some time, knowing of course that I couldn’t–since I was retired.

Days flew by, weeks. Or they crawled, I’m not sure. Couple of months. For some reason I bought dark-green hospital scrubs, like twenty pair, at a medical supply (I’d originally gone in there to buy an eye-level beam scale, just for fun) and after a while it’s all that I wore around the house. Reading. Cooking. Baking scones. Drinking red wine. Listening to Frank. The V-discs. The Dorsey band. The Columbia sides. The Reprise years. You can’t beat scrubs for comfort.

During this time, people I knew, that I considered friends, texted or emailed, or called and left messages. Sandy, some guys are getting together for poker tonight, you want I’ll pick you up. Waxman my man, at all interested in seeing a movie? Wax? It’s Bet. Pick up. Sandy, hey, it’s Andrew, it’s Jack, it’s Melanie, it’s Roy. How’s it going? Where you been? Wax? It’s me again, Bet. Please call. Waxman, wake up! Waxman, what the fuck? WXMN: U DED? But I didn’t respond, to anybody, or see anybody, it just wasn’t–it wasn’t something I cared to do. After a while there weren’t many calls or texts or emails. Even Bet Skelton gave up, and when I had no problem with that I should’ve realized I was in trouble. But I didn’t.

I started waking up in the middle of the night, not to pee, just–being wide awake all of a sudden, and I’d lie there, for hours. Couldn’t turn off my brain. “Retired.” “Kicking back.” Bullshit, I’d lost my talent, or else the juice to work it. Or I’d turned lazy. I’d turned into a lazy bum like my brother Don. Lazier. At least Don still painted vintage Aurora classic-movie-monster model kits and sold them on eBay. Then one night around four a.m. I threw off the covers and jumped out of bed, totally psyched by this crazy idea for a new picture that could be a cross between a feel-good human-interest drama with a strong sports hook, like Special Olympics or something–a cross between that and a slasher movie where this guy kills quadriplegics and double-amputees. And the guy could be like this perfect physical specimen of a human being. And it could end like Tod Browning’s Freaks–with the last few Special Olympics kids, the survivors, tearing apart this handsome perfect guy like a pack of wild animals. Some real money moments there. Too crazy? Too sick? It was sick, wasn’t it? What the hell was the matter with me? By six o’clock I’d already deleted the opening scene, partial scene, all 844 boring, thudding, sicko words of it, and was looking at internet porn. I couldn’t recall how that habit started–from boredom probably. But I’d also recognized just how infrequently I thought about women lately so it was possible I’d started checking out the porn stuff as proof I hadn’t completely lost interest. Visiting different sites gradually become a daily routine. Was I a sex addict now? Maybe I should go see a hypnotist, do something about it. Maybe I should volunteer for Meals on Wheels. Maybe I should visit another MILF site. Or maybe, grow up, Sandy–maybe you should buy into a restaurant franchise, something like Olive Garden or something, and really forget about writing movies. I was too old anyway. In an industry where 30 is the new senile, I was 55. A white guy in his mid-fifties. Fucked. It was a low point, this period, maybe the lowest. And it just sneaked up on me. Just sneaked up. Then I turned 56 and suddenly I was a white guy in his late fifties–totally fucked. Totally. Absolutely totally fucked.

This was my condition on July twentieth last year when Bet Skelton’s husband died and I flew down to Virginia for the funeral.